Global stocks markets posted mixed results in the third quarter of 2019, continuing the bumpy ride from the second quarter. A positive July turned into a tumultuous August before rallying to near all-time highs in by the middle of September. In the end, markets finished similar to where they were at the start of the quarter.

Real estate, as measured by the Wilshire U.S. REIT index, continues to lead the way, posting a 7.9% gain during the third quarter, and now stands at a nice 27.2% gain for the first nine months of the year.

Many people thought bond rates had reached rock bottom last quarter, but they were wrong. Rates on 10-year Treasury bonds have fallen to 1.66%, from 2.00% at the start of July. This helped push up bond prices.

While returns during the last three months of the year were rather subdued, it’s important to realize that the stock market has had a pretty darned good year. U.S. large company stocks are up nearly 20%. Even international stocks, in the face of all of the trade uncertainty and reports of slowing global economic growth, posted nearly double digits returns through September. 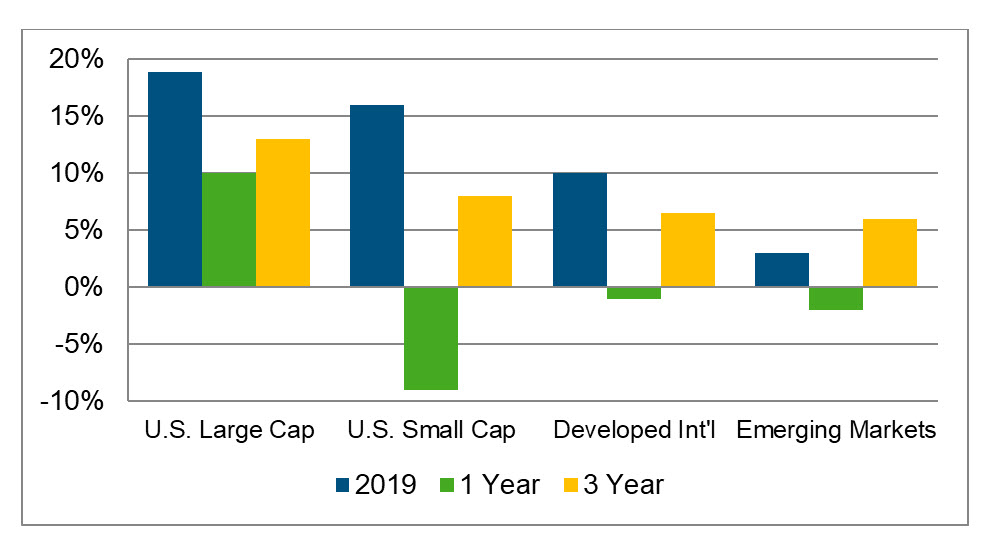 Where will the markets go from here? Of course, nobody knows with any certainty, but that doesn’t stop us from trying to read the tea leaves. There appears to be great uncertainty among investors about the Trump impeachment hearings, China trade tensions, drone strikes in Saudi Arabia, and the endless “Brexit” efforts in Great Britain, just to name a few. U.S. economic growth has cooled to 2% (annualized), and we are experiencing the first contraction in manufacturing in three and a half years. Exports have also been weak—a casualty of the China trade war.

At the same time, we are also experiencing the strongest labor market in several decades, with the pace of layoffs and the unemployment rate near a 50-year low. We have seen 107 consecutive months of job growth—the longest streak ever. Consumer spending has been extremely strong, rising an estimated 4.7% annualized growth–the highest gain in four years. Adjusted pretax corporate profits were up 3.8% in the second quarter (the most recent period for which we have statistics). Economists are hardly in consensus, but many predict that the economy will continue growing to the end of the year, at least.

The same news headlines that dominated the third quarter will probably continue through the fourth quarter. Impeachment unrest, Hong Kong protests, Brexit stress, climate change, inverted bond yields, the price of oil…you name it. There’s plenty to think about these days, but that’s not anything new.

Notwithstanding topsy-turvy yield curves and everything else, nothing we have seen lately has altered our strategic recommendations on how to pursue your personal investment goals while managing the risks involved.

The future of the markets is uncertain (as always), with no reason to panic, and no reason to be surprised if a bear market begins tomorrow. History has shown that bull markets tend to be longer and steeper than bear markets, which means that holding on tight in choppy times tends to be the winning strategy. 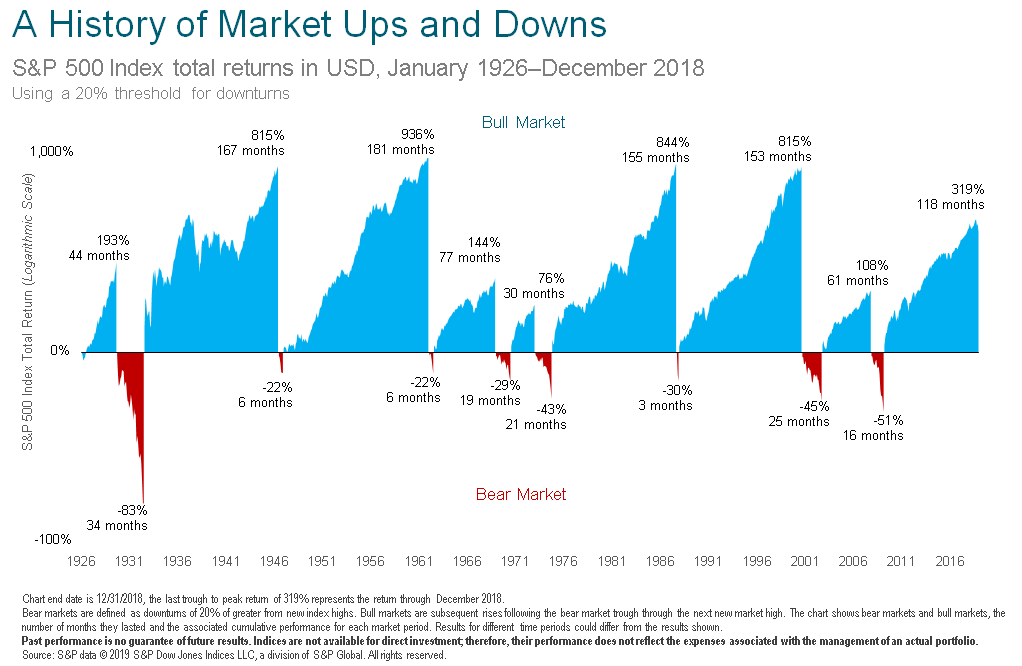 It wouldn’t surprise us in the least to see greater price swings as we head into the end of the year and into another election year. Our advice: ignore the short-term noise (because that’s ALL it is) and remain patiently committed to your long-term investment plan.

We hope you enjoy the fall and upcoming holiday season. The holidays are always a great opportunity to count the many blessings we enjoy. And, as always, let us know if we can be of any help to you or if you have questions.