Ready for Some Truly GOOD News for a Change?

HomeBlogVideoReady for Some Truly GOOD News for a Change?
/ 0
/ Q2MarkDMG

Yes, we know that 2022 was a miserable year on almost every front, but there are some bone fide great things going on that you should be aware of!  Ready? Here goes:

Inflation is Way, WAY Down

You read that right. Over the last five months, inflation has slowed to a crawl, averaging just 2.5% annually. While that is still a little above the Fed’s target inflation rate of 2.0% per year, it’s a far cry from what is being reported in the press.

What gives, you ask? The media is never one to let go of a crisis, so instead of reporting how inflation is behaving lately, they juice the numbers by including the numbers from the prior seven months, when inflation was running at an appalling 10.6% rate. Taken together, inflation appears only slightly down because the 12-month average is 7.1%. See how that works?  Sneaky buggers.

Not all of the slowdown in price growth can be traced to the Fed’s series of 2022 interest rate hikes, however. Perhaps the biggest factor has been the elimination of supply chain bottlenecks that resulted from massive shutdowns of world economies during the 2020-21 portion of the COVID-19 pandemic.

While it’s too early to declare victory on inflation, if things continue on the current trajectory, by June we will be talking about a 12-month inflation rate in mid-2% range, which will certainly be reason to celebrate.

Consumers are Still Spending and Jobs Continue to Grow

Despite retailers’ fears about the recently completed holiday shopping season, consumer spending appears to be on a solid pace for the fourth quarter. After increasing their spending 0.9% in October, consumers spent a seasonally-adjusted 0.1% more in November, putting them on track to beat their third quarter spending by an annualized 3.3%, according to the Wall Street Journal.

Also, despite the Fed’s year-long tightening cycle, the U.S. economy continued to add jobs in December. Defying gloomy predictions, 223,000 new jobs were added, raising hopes for the Goldilocks scenario of a “soft landing” for the economy this year, instead of a more powerful slowdown as had been feared. There is really too much emphasis placed on the dreaded “R” word (recession). If the economy slows too much, the Fed will no doubt reduce interest rates and the cycle will begin again.

The Return of Yield!

We’re all familiar with the popular lamentations about higher interest rates, but with all due respect to Chicken Little, the truth is rates have simply returned to their historical normal range, after being artificially held down by the Fed in recent years. For the first time in almost two decades, savers and investors are finally receiving a decent return on the safe portion of their nest eggs once again.

The significance of this turn of events for our clients is hard to overstate. In recent years, the yields on safe money were close to 1% at best.  Today, 4-5% is the norm, and with inflation coming down to the 2% range, that means savers are actually able to earn a positive inflation-adjusted return for the first time in recent memory. For the average investor with a 60% equity/40% fixed in come “balanced” portfolio, this equates to an additional expected return of close to 1.5% per year! As a result, new options have opened up to bolster returns without adding additional risk to your portfolio.

We are really looking forward to the new year. The “normalizing” effects of higher interest rates and equity valuations that are closer to long-term averages have created a very positive environment for investors, despite the negative hype still in the press. Keep in mind that even if we do slip into a recession during the first half of this year, the stock market is usually predicting economic activity six months in advance and the second half of the year appears to include an improving economic landscape. 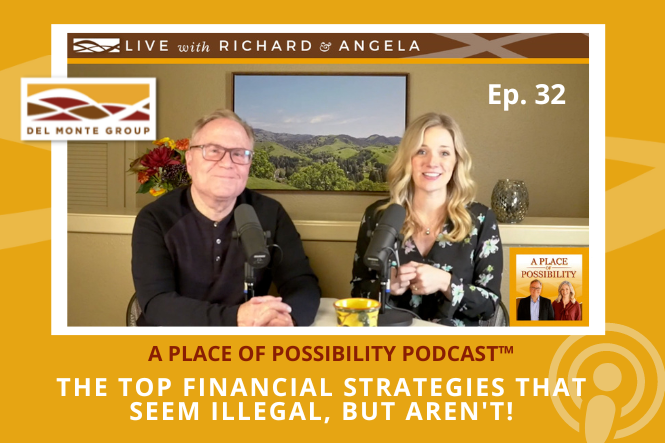 032: The Top Financial Strategies That May Seem Illegal, But Aren’t

By: Angela Wright, CFP® Who doesn’t enjoy tying up year-end loose ends? The original SECURE Act was signed into law on December 20th, 2019. Its “sequel,” the SECURE 2.0 Act, was similarly enacted at year-end on December 29th,...

By: Leo Bojorquez, ChFC® Just like that, another year is in the books ­­­– and good riddance! Investing in 2022 was not for the faint-hearted, to be sure. We started with a continuance of the 2021 cryptocurrency mania,...