Terrified of a Market Crash? 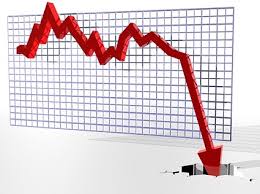 With the stock markets blowing through thousands of points on the Dow in a matter of just a few weeks, we are hearing from clients who are understandably concerned about a big crash or at least a significant market correction. Here are some important things to consider if you are also feeling this way.

First, economic conditions appear to be favorable and supportive of the recent market gains.  The tax cuts have breathed new life into the markets and into the all-important expectations of market participants; sort of like the ‘wind beneath the market’s wings.’

If you are a corporation and your income taxes just got slashed from 35% to 21%, you automatically receive a boost to your net profits. There are early indications that some large companies are using their windfall to increase employee salaries, add new plants and equipment, and bring profits stashed overseas back home, though it remains to be seen if these are just window dressing moves designed to appease a very skeptical audience. If those actions continue and become spread to other companies, it would be very positive for the economy overall.

Additionally, inflation and interest rates continue to be low, and the stock market, while somewhat expensive by historical standards, is not wildly overinflated like it was in 2000 when the dot.com bubble burst. The Christmas season was spectacular, and animal instincts among the investor class have most certainly been ignited.  In addition, expectations among most Americans are so low that it should not be too difficult to exceed them and surprise on the upside.

Counteracting these positive trends is the fact that, nine years into this current economic expansion, we are late in the game. Most historical expansions have gone into recession by now, though there have been instances when recoveries stretched far beyond the average length. This seems to be one of those times.

Then there is always the unexpected negative surprise. This could be a political shock, like the president being impeached, or inflation and interest suddenly taking off, a major terror attack on US soil, or any number of other surprises.

Let me just stipulate right now that there is no doubt we could all wake up tomorrow to a 20% market decline flashing on our news screens. But that doesn’t mean we need to do anything to our portfolios to prevent it! Here’s why: The risks of being out of the markets are always much greater than the risks of being in it. Stocks rise about 2/3 of the time and decline about 1/3 of the time. This is just a fact of being an investor.  Obsessing over and attempting to avoid the small percentage of the time the markets are going down is such a waste of time, and I can easily prove it.

I’m now in my 33rd year as an advisor.  When I first started in October, 1985, the Dow was at 1,500, and when I went to Christmas parties that year, everyone around me seemed to be complaining that the market had gotten too high (it had recently risen from 1,000) and they were worried stocks were going to crash.

Well guess what? In the ensuing 32 years, the markets did in fact crash three times. In October 1987, we had a one-day 22% market crash, and then in 2000-02 and again in 2008-09 we had two successive 50% crashes.  We’ve also had a number of 10-20% market corrections over the years. I cannot count the number of very smart people I’ve known who let those market drops cause them to bail out of stocks over those three decades.

But a funny thing also happened over those three decades filled with terrifying stock market gyrations; the Dow went from 1,500 to 26,000–an increase of more than 1,600%–and that’s not including dividends! In fact, with dividends included, the S&P 500 index has increased more than 30-fold since I started, and small stocks have increased almost 50-fold.

It’s hard to make a case that anyone of sound mind should have gotten out of stocks during a period when the markets were growing 25 to 50 times, isn’t it?  Some say, “Well, yes, but this time we are at all-time highs, and we’ve never been at 26,000 before in history.”  That is of course true, but similar words could have also been spoken when the Dow surpassed 5,000, 10,000, and even 20,000 just last year.

Whenever the markets hit new highs, it can be difficult to envision them going even higher.  Somehow it feels like a pipe dream. Let me give you my best guess of where the Dow Jones Industrial Average will be 25 years from now.  If stocks earn between 9-11% annually like they have for the last century, that would translate to somewhere between 125,000 and 200,000 on the Dow.

That’s not pie in the sky fantasy thinking, it’s just math! And there’s no valid reason to believe the next quarter century will be any different than the last hundred years of history, with its wars, recessions and depression, inflation, and crashes. Who really needs to care where the markets go in the short run?  Even if the Dow goes down to 15,000 at some point, it would not change my thinking or advice one bit.

You’ve got to be IN the market to reap the rewards the markets deliver. We are actively rebalancing our clients’ portfolios to make sure they are benefiting from the good times (like now) as well as the market downturns that are inevitably part of the investing journey.

The fear that one may “go broke” investing in the stock markets is completely unfounded. The things that have historically caused investors to fail have been caused by human error, not market volatility. These errors include:

In conclusion, like commercial airline pilots say at the beginning of your flight, “There may be a few bumps along the way, but we expect to get you to your destination on time. We now invite you to sit back, and enjoy the flight.”