We want to update you on the recent market action and provide you with a bit of perspective to help you think about what is going on.

First and foremost—all is not lost! Despite the last week’s (and today’s) steep declines, there is nothing catastrophic going on. We have had some unexpected inflation as a result of the shortages created by the world’s reaction to the pandemic, coupled with increased demand caused by the federal government’s efforts to stimulate the economy. When you have too few of the things people want to buy at the same time high levels of demand exist, you get an imbalance in supply and demand and the inevitable reaction is the cost of the scarce goods goes up. It’s basic Econ 101 in action.

At the same time, we have had stock markets priced at levels that at the beginning of 2022 anticipated a smooth sailing economy coupled with low interest rates as far as the eye could see. In other words, stocks have been on the expensive side. Inflation rearing its head over the last year has now caused the Federal Reserve to resort to using the tools in their arsenal—controlling short-term interest rates and buying and selling bonds in the open markets – to force the inflation genie back into its bottle.

The problem with the Fed’s actions is two-fold. First, there is no precise recipe for how high to raise rates before we get the desired result of an inflation rate back near the 2% level instead of more than 8% today. It’s basically a trial-and-error effort. Second, the Fed runs the risk of the rate increases slamming the brakes on the economy instead of just tapping them.

All of this leaves us in a holding pattern for now, waiting around for the next monthly inflation report to see if the Fed’s rate hikes are being successful yet. Last week’s inflation report demonstrated that no, the Fed’s rate increases so far this year have not started to make a difference. More increases are going to be needed. The stock and bond markets did not like that, so they are selling off.

The background of course behind the Fed’s action is the Ukraine War which has no doubt added to inflation by making oil and grain more scarce. Seeing $6 and $7 a gallon gas prices is enough to make anyone’s heart pound, and the media is only too happy to fan the flames of fear with talk of famine and “stagflation,” a throwback to the 1970s when we had an economy that was not growing and had persistent high inflation over many years. Their stagflation narrative is absurd at this point, since what we have is today an economy that is too hot, not too cold. Demand exceeds supply. There are not enough workers for all the jobs that are open. In addition, so many people want to go on vacation and fly places after being locked down 2 years, that hotel room and airline flight prices have increased more than 35% in the last year.

What we need is an economy that is more in equilibrium, where supply is roughly equal to demand, not an economy that has such severe imbalances. The Fed’s actions will almost certainly get us where we need to be, eventually. The only question is whether they will overshoot and slow the economy more than desired. It’s tough to get it just right, like Goldilocks’ porridge, and that adds to the uncertainty, but the talk of stagflation is just over the top hyperbole at the moment. Yet the average person reads that and wonders, “What is HAPPENING???”

Speaking of interest rate increases, they have never been fatal to the economy in the past. Not a single time. We always successfully work through those periods and we will do the same this time. But the markets do not like uncertainty, so we are seeing the results in real time as we work through it all. It can be messy.

Here are some examples of times in the past that the Fed raised rates and how stocks reacted:

For comparison, the increases in the Fed Funds rate so far this year have totaled just 0.75%; a mere pittance in historical terms. It is far from a certainty that the current spate of interest rate hikes, even if continued for the rest of the year, equate to a continued stock market rout.

Even more telling (but not discussed in the media because it would calm people down and we can’t have THAT!), Treasury bond interest rates from two to thirty-year maturities, are pretty flat across the board at around 3%. That indicates the bond market in general still expects inflation to be tamed and return to the Fed’s target range of 2% annually. If the bond market lacked confidence that inflation can be tamed, you can bet that longer term rates would be much, much higher—in the range of 8-10%!

The bottom line is if investors can keep their cool during this current spate of fear, things will almost certainly work out fine. It’s possible that younger investors just have not lived through a period where long-term interest rates were not in decline, so the specter of higher rates frightens them. Whatever the case, as we mentioned above, there is nothing terrible–or unique–going on. The market is simply adjusting to the latest changes being thrown at it. Sometimes that adjustment period is messy. Regardless, there is no doubt we will get through it as we have every single time in the past, without exception.

It is helpful to think that your investment portfolio is structured into “buckets.” Retirees have one bucket of money that is in Treasuries and other bonds and that bucket is meant to be ultra-safe and used to provide your income for the next several years. The second bucket is in stocks, and that will not be tapped for income for many years. We know stocks grow much faster than bonds and cash over the long run, but they do need time to let that excess growth happen. That means being patient and letting them work through their inevitable periods of uncertainty and adjustment, like today, without letting emotions get in the way. There’s plenty of time to let stocks go through their gyrations because you don’t need that money for many years.

Another thing to point out is that your portfolio does not consist of a bunch of numbers on a computer screen that are going down at the moment. You own the most vibrant and successful companies that have ever existed, during a time of incredible technological advancement. These firms are led by the best and brightest leaders who are at this very minute are working hard to adapt their companies to the changes that are playing out in the economy. They are certainly up to the challenge. Witness how they collectively dealt with the calamitous shutdowns caused by COVID in 2020 and miraculously came out of that in 2021 with all-time record profits. With all its warts, capitalism is the most dynamic economic system ever devised. It is completely capable of not only dealing with, but actually profiting from our current challenges. You’ll see.

At this writing the S&P 500 is down about 20%. We do know that declines in stock prices of this magnitude are fairly common and, while certainly not fun, are not something to get overly worked up about.

Nobody knows how much more stocks will decline before turning around. The largest declines over the last 100 years (excluding the Great Depression) have been about 50%, but there have only been three of those in more than 90 years, and they have always been associated with calamitous events, like the Arab Oil Embargo, the dot.com bust, and the Great Recession of 2007-09 that was caused by the real estate bubble.

We have nothing equivalent to those momentous events going on at the moment, so there is no statistical reason to think that is where we are heading now, the media notwithstanding. Instead, the odds favor a more limited total decline of somewhere between 20-35%. Thus, it’s possible we could see another 15% decline from stock prices at the beginning of 2022. Possible does not mean probable though. It’s anyone’s guess where the decline will go before it runs its course. It will run its course though. Now is the time to employ our patience and long-term investing perspective.

Please call us if you want to talk or vent. It’s a frustrating time, for sure, but it will all work itself out.

We are here for you. 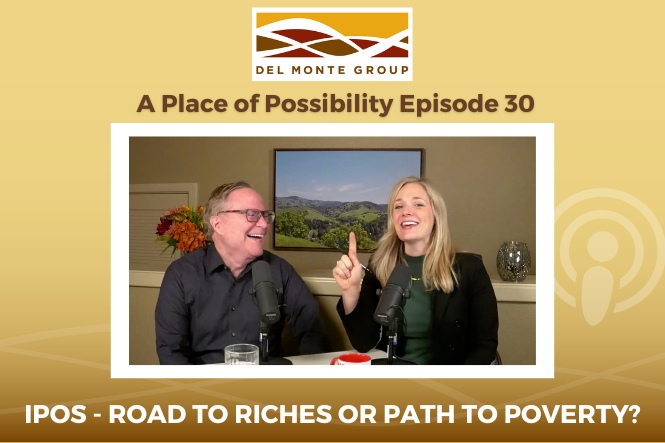