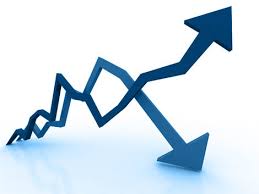 The first half of 2020 has been both historic and unforgettable, for all the wrong reasons. In February, stocks were setting record highs with economic activity continuing the slow and steady growth out from the Great Financial Crisis a decade ago. Then, in what seemed like a blink of an eye, we were suddenly facing the biggest economic shock since the Great Depression: COVID-19. The stock market fell from an all-time high to a bear market (20% decline) in just 16 days. This is an event without historical precedent.

Stocks continued falling, finally hitting a  low on March 23rd. When all was said and done, it took just 33 days from the all-time high in February for stock prices to fall 34%. This decline was immediately followed by the best 50 days in the history of the U.S. stock market. Ever. 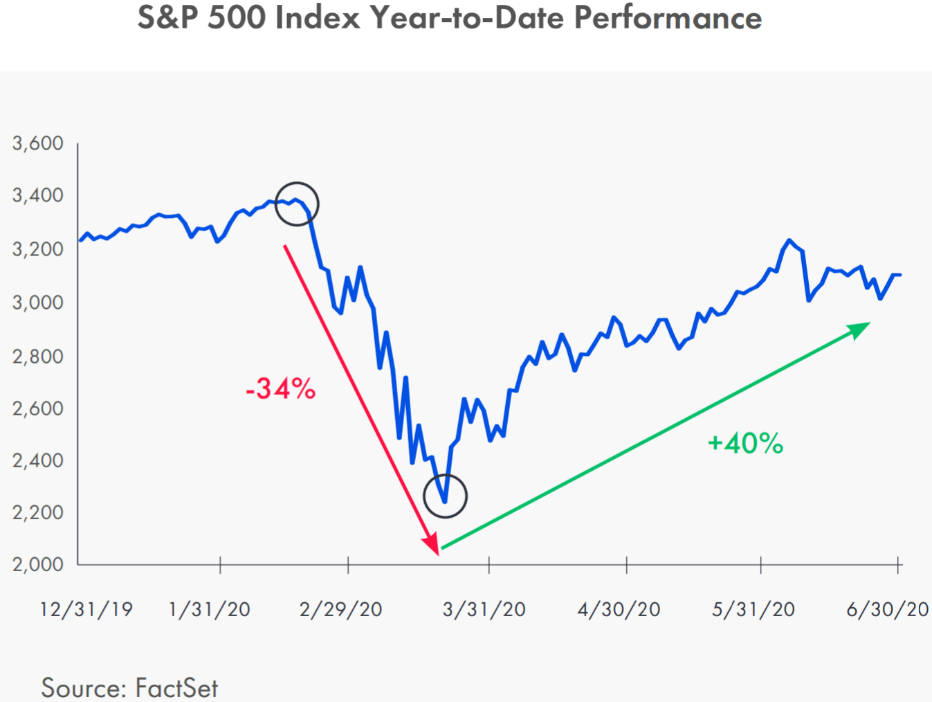 Stock markets globally also experienced dramatic rebounds in the second quarter, led by U.S. small-cap stocks, which gained 25% after declining 31% during the first quarter. Year to date, smaller company stocks remain down 14%. Large-cap U.S. stocks posted a return of 20% during the quarter, erasing most of the first quarter losses and finishing the first half of the year down just 4%.

International investors experienced the same lurching investment ride as U.S. stockholders, but with a shallower recovery. Companies in developed foreign economies gained 14% in the second quarter, erasing more than half of the losses from the first quarter and finishing the first half of the year down 13%. Emerging market stocks gained 18% in the most recent quarter, making up some of the 24% losses in the first three months of the year. Emerging market stocks are down 11% for the year. 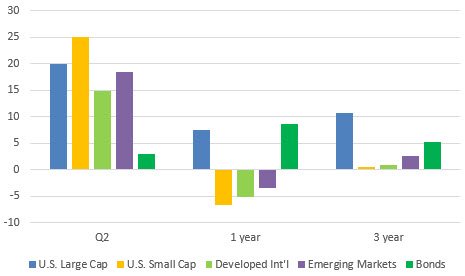 So, what’s it going to be for the rest of 2020? Did stock prices rise too soon too fast? Does this then mean that a severe market downturn is coming, or do stocks still have room to appreciate? That is a far more difficult question, for several reasons. First, does anybody know how well companies are managing to keep up their operations when their workers are doing their tasks at their kitchen tables? In other words, do we really know how much productivity and economic value is being lost during the pandemic? This is uncharted territory for businesses and companies alike. Still, you could make the case that public companies (we’re not talking about bars and restaurants) are just marginally less valuable now than they were at the start of the year, that the damage will be minimal and life will go on in the corporate world when everybody finally gets back in the office. It’s also possible that they’ve suffered huge damage to their bottom lines and viability and current prices are unsustainable. You can have your opinions, but nobody really knows. The rebound in stock prices suggests that investors are looking past the economic damage caused by the shutdown and expecting the current recovery to continue into the second half of the year and 2021.

We have seen some encouraging economic numbers, with June’s hiring data showing a sharp reversal from May’s 2.7 million job losses. The ADP National Employment Report showed that more than 3.3 million workers were hired in the private sector in June. In addition to the unexpected jobs data, economic growth is projected to rebound in the second half of the year, and the most recent manufacturing indices were also stronger than expected.

On the other hand, 17 US states have now paused their phased reopening programs due to the recent spreading of the coronavirus, as the number of new daily cases rose 12.5%. Some hospitals in Texas, Florida, Arizona, and here in California are reportedly reaching capacity. Then again, there is reason to be hopeful as companies like Pfizer, Moderna, and others have reported encouraging trial results of their experimental coronavirus vaccines, and last week Gilead Sciences reported their antiviral drug Remdesivir reduced deaths by 62% in severely ill COVID-19 patients.

As the economy continues to reopen slowly, there will inevitably be some flareup in new infections. The interaction between the pandemic, the economy, and the market, in the short to intermediate term is impossible to forecast, as is the timing of the development of a vaccine. We honestly don’t know where the markets are going next, and we know with some certainty that trying to predict the market has, in the past, been a fool’s errand. The most prudent strategy is to stay the course. We know markets are highly likely to deliver inflation-busting returns to those who can remain patient while riding out the inevitable downturns, like the one we’ve been experiencing thus far this year.

Please stay in touch with us with any and all questions and concerns. We wish you and your family a healthy and happy Summer of 2020.